“Nothing changes on New Year’s Day” – these from U2’s song apply to EUR/USD, which is resuming its gains on the first trading day of 2021. The safe-haven dollar renews its slide that typified late 2020 as investors look beyond the current coronavirus crisis.

While the general trend remains intact, there may be several bumps in the road – potentially triggering a downfall on Monday. Here are three reasons to expect a setback.

Optimism in markets heavily depends on COVID-19 vaccines. While additional immunization schemes received regulatory approval in the US, Europe, and elsewhere, deployment is proving slow. Manufacturing hiccups for the Pfizer/BioNTech jab in Europe – which kicked off its campaign only on December 27 – and overstretching of resources in the old continent result in frustratingly slow administering. 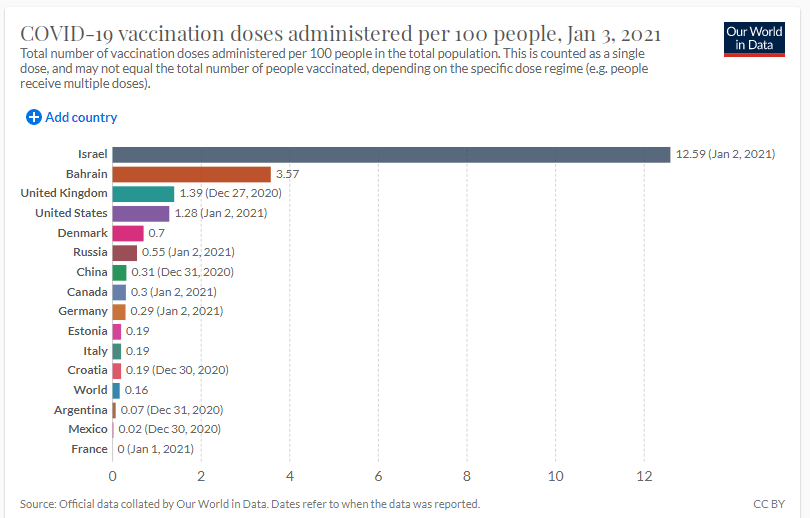 US top epidemiologist Anthony Fauci has expressed optimism about a ramp-up in vaccinations and manufacturing should pick up in Europe as well. Nevertheless, the current bottlenecks may weigh on sentiment. That could change if federal resources are used to speed things up in the US and if Europe approves the AstraZeneca inoculation.

2) Fast spread of the virus

The old continent is suffering from a worrying spread of covid, a result of cold weather and family gatherings around the holidays. Moreover, the contagious strain of the virus discovered in Britain is probably prevalent in the old continent as well. So far, only a few cases of the variant have been discovered in Europe, but genetic sequencing lags behind that in the UK.

While there are fewer cases of the infectious strain in the US, the lack of action by several states to cub the disease is also causing a rapid spread.

Recent figures do not fully reflect the surge, due to administrative bottlenecks around the holidays. Statistics are set to catch up with reality in the next few days. 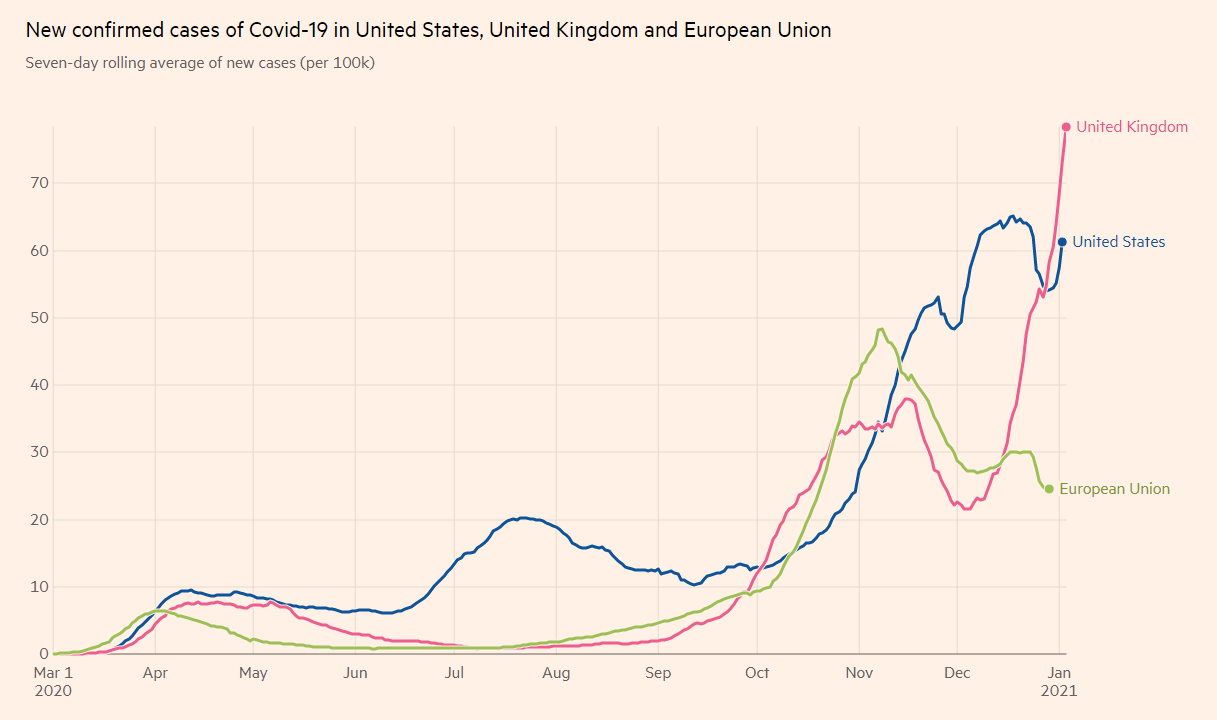 Will the US further stimulate its economy? After President Donald Trump finally signed the $900 relief package, the next dose of support depends on two special runoff elections in Georgia. Democrats need to win both races to have effective control of the Senate, which will enable them to pass more stimulus.

The latest opinion polls show Republican David Perdue and challenger Jon Ossof are neck-to-neck, and the same goes for GOP Senator Kelly Loeffler and Democrat Raphael Warnock. Tensions ahead of both races may hold markets back. 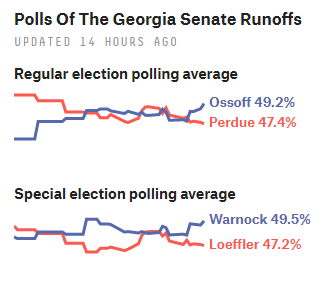 Final eurozone Purchasing Managers’ Indexes have largely confirmed that the industrial sector continues growing – it is less affected than the services one.

Overall, the uptrend may hit a bump in the road amid these three concerns. 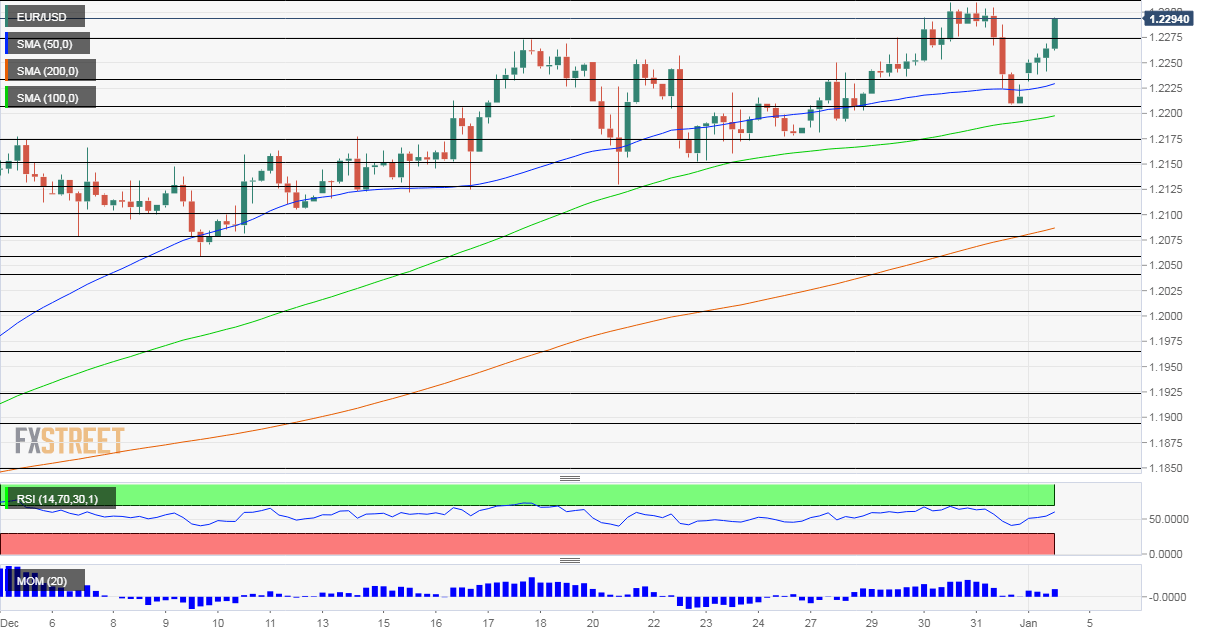 Euro/dollar is benefitting from modest upside momentum on the four-hour chart and trades above the 50, 100, and 200 Simple Moving Averages. The Relative Strength Index is below 70, thus outside overbought conditions. All in all, bulls are in the lead.