GBP/USD loses vaccine advantage over the dollar, yields hold keys to next moves

Is the US going to surpass the UK in vaccinations? Britain is undoubtedly in the lead but President Joe Biden’s America is undoubtedly accelerating – and that is one of the reasons boosting the dollar.

The Commander-in-Chief signed the coronavirus relief bill into law and raised expectations by setting a target that every American could get a COVID’-19 vaccine from early May. The US has reached nearly 20% of its population while the UK is already roughly at 35% – but Britain has barely inoculated people with the second dose.

Apart from ramping up its vaccination campaign, upbeat data is also boosting the greenback. Jobless claims beat estimates with a fall to 712,000 in the week ending March 5, and the University of Michigan’s Consumer Sentiment Index is forecast to show a minor increase in confidence.

Nevertheless, the UK’s immunization campaign is still impressive and local data beat expectations as well. Gross Domestic Product dropped by 2.9% in January – better than expected in a month of strict lockdown.

Can sterling hold up against the dollar? The pound has shown strength, but the main driver remains US bond yields. Returns on ten-year Treasuries edged up to 1.60%, a level seen as critical to dollar strength while a drop under 1.50% tended to push the greenback lower.

All in all, GBP/USD is holding up better than other pairs, but another surge in yields could push the pair lower. 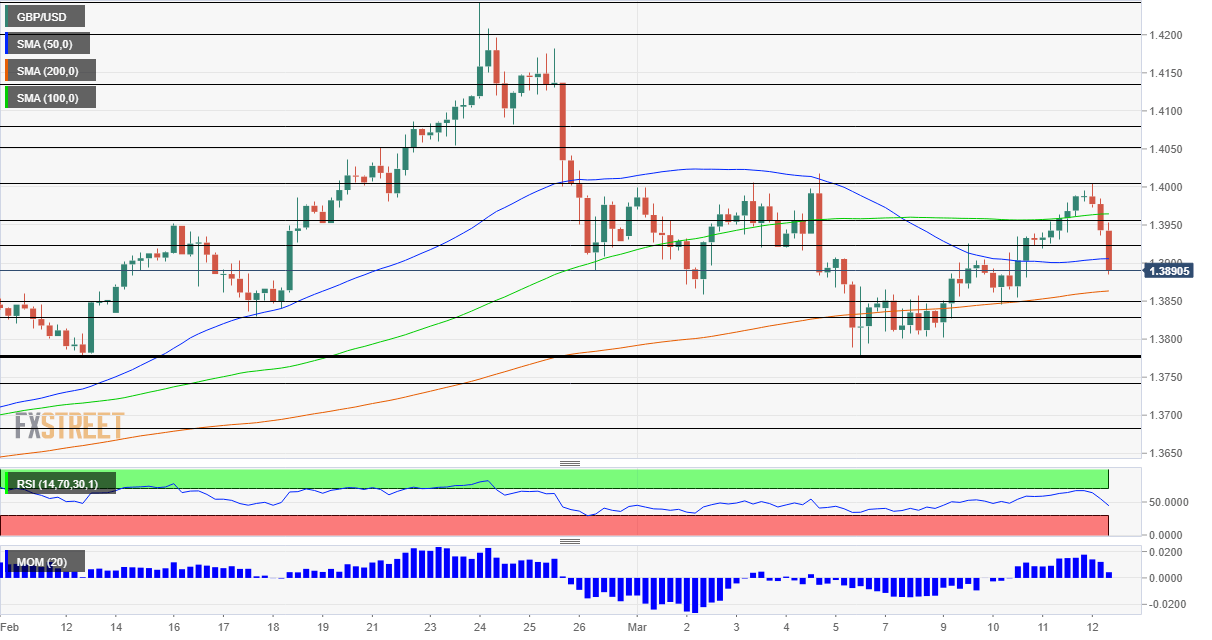 Pound/dollar has slipped below the 50 and 100 Simple Moving Averages on the four-hour chart, but momentum remains to the upside. While the pair holds above the 200 SMA, bulls still look strong.